Although the methods the artists use are highly individual, they can nevertheless be seen as closely interrelated. This is due not least to a kind of common “temperature”, which all the works in “Extended Drawing” share. They are distinguished by a refined lack of presumption pitched somewhere between a sensitive delicacy and discreet insistence. It is an idiom that gives rise to something paradoxically vibrant, consistent and thoroughly present.  Anne Karin Jortveit (catalogue text).

On September 2, Tegnerforbundet hosted a lively seminar on issues in contemporary drawing and in particular focused upon concepts presented in Extended Drawing. Nina Katchadourian, curator of The Viewing Program at The Drawing Center in NYC, and Sabrina van der Lay, curator at the Oslo Museum of Contemporary Art lead the discussion, and presented work from their curatorial practice as context.

BETWEEN THE LINES AND AT THE FRONTIER

“That is the beauty of the drawing. Drawing opens our eyes and the eyes lead to our soul. What comes out is not at all what one had planned.”  – Louise Bourgeois.

The Greek word graphé means both to write and to draw. Graphé is like a nodal point in which various forms of narration come together in a way that explains the fascinating tension between form and content in drawing as such. Compared with the “written word”, even when it has nothing to do with a specific narrative but is instead a reflection of a more open, poetic perception, drawing, with its intimate immediacy, can provide a basis for dialogue and expressive action. Drawing has an ability to communicate alternative perspectives and to touch us in other ways than the statements of purely spoken language, thus allowing us to see drawing as a practice that can give meaning to aspects of human life that remain elusive in other contexts.

Drawing is an activity that most of us originally encountered as children. By means of marks on paper we articulate our early unqualified experiences of the world. Children do not just draw with the hand, they immerse themselves entirely in the work. Neither do children let themselves be limited by the paper; they often get the idea of continuing across the table, over onto a wall, and even outside the house. One sure sign of spring is chalk scribbles out on the road. Indeed, the urge to leave one’s mark runs like a common thread through human life. Despite our increasing engagement with digital media and other forms of technology, we still leave physical traces on the world. We are the producers of signs on many levels, from the diary to graffiti.

In one way or another, drawing accompanies us throughout the cycle of life. In this respect, drawing seems like more than just an art form. Drawing can also be a matter of a search or a form of play of a universally human kind; it can be about demonstrating one’s understanding of what it means to exist and to take part in the world.

From the first stroke onwards, there is an interweaving of fantasy and reality. As we grow older, it is no longer possible to reach back to those very earliest impressions, once we have learnt to be critical and to evaluate what we sense and undertake. But in some strange way, we still manage to carry the experience with us into later life, and it may be that artists are particularly able to remain receptive to these often indefinable perceptions. Within the artistic process there lies both an aesthetic and an existential potential that can bring to life the “gaps” in consciousness and language, particularly where these tend to resist translation into words. This is a quality which I sense to be present in the “Extended Drawing” project.

The desire to try

At first glance, the title “Extended Drawing” seems straightforward. But on further reflection, it can be read in a variety of ways. First and foremost, these two words raise expectations of new and challenging perspectives on the art of drawing. The adjective extended can be understood as qualifying either the concept or the physical aspects of drawing as an exploratory medium of contemporary art. The title also suggests associations to a rhythm of displacements, thereby providing a metaphor for reflections on the actual nature of drawing.

The nine artists participating in “Extended Drawing” reveal how multifarious and unpredictable drawing has now become. Extended drawing is a medium that moves with great freedom and legerity between its own historic background and the horizon of expectations. Although the works on display employ the most typical characteristic of drawing in general, namely the line, here the line forms a visual language that takes these artists in unforeseen directions. Each and every one of them explores the frontiers associated with tools, materials, locality and context. In “Extended Drawing” the line is just as likely to be cut out, or to consist of something embroidered, modelled, taped, pinned or ironed on, as it is of pencil graphite. In these works, the line is a platform for potential strategies, but regardless of the artist’s preferred approach, all still classify their work as drawing. It is a stance that has both aesthetic and political implications, and which amounts to the declaration of an artistic attitude. Neither is it a collection of “finished” lines that we find here, but rather an assortment of investigative processes. The drawing is not fixed, but constantly in flux.

Although the methods the artists use are highly individual, they can nevertheless be seen as closely interrelated. This is due not least to a kind of common “temperature”, which all the works in “Extended Drawing” share. They are distinguished by a refined lack of presumption pitched somewhere between a sensitive delicacy and discreet insistence. It is an idiom that gives rise to something paradoxically vibrant, consistent and thoroughly present. The more reduced and minimal the works seem on the formal level, the more intense and full of energy they are in their impact. They reinforce one another, yet give one another space. They strike us as having a subtle pulse, in their use of elaboration, multiplication, omission and subtraction, in an ever more finely calibrated effort to attain new insights into and broader experience of the language of drawing.

Opening up the frontier

Drawing has conventionally been seen as a route via which the artist approaches the work as such, as if it were a kind of glue between the idea and the finished statement. Although drawing has long since become an artistic field in its own right, where artists explore the possibilities of the medium, the act of working at an experimental frontier, and thereby circumventing or straddling “either-or” distinctions, is very much in the spirit of drawing’s ethos. In other words, it is as if the works in “Extended Drawing” form a central field capable of activating exciting new connections and states of affairs – within each work itself, between the works, and within the encounter between the work and the attentive and sensitive viewer.

“Extended Drawing” demonstrates the tension between what is drawn – the sign – and the drawing, between communicated meaning and the potential for meaning that resides in frontier spaces. In this sense the artists work with alternative ways of conveying a message in public space. They investigate what insights sensitivity and subtlety can contribute. Indirectly, the project raises an important question: does such a practice help one to find alternatives to the overly blatant and assertive, where language amounts to power and struggle?

Here we are invited and challenged to cultivate a slow and thoughtful approach. For nothing happens here of its own accord, but depends instead on the encounter with the viewer. These traces, markings and signs are clues to be pursued, and if we open our minds to them, they can add up to an entire map. We are given time to search for what is not immediately obvious and to reflect on how such artistic strategies can contribute to a wider dialogue.

“Extended Drawing” takes seriously a type of drawing that tests the boundaries between itself as object and the context in which it occurs. It is drawing that has broken free of the autonomous surface to participate in a three-dimensional, site-specific situation, and which seems to define a space rather than confine itself to the framework of a specific form and format. And it is this unbroken continuity between the drawings and their surroundings that strikes us as the most defining characteristic here. Where do the drawings end and the room begin? Or conversely, it seems reasonable to ask, at what point does the viewer engage in the interaction and begin to feel and listen to the energy surging through the space? It requires a sensitive ear and a certain musicality. Because we know that even in places where there is no communal noise, even out on a desolate mountain, we will begin to hear sounds if only we remain open to them. “Extended Drawing” presents a similar experience, with tiny impulses eventually giving rise major fluctuations. Silence is never silent. 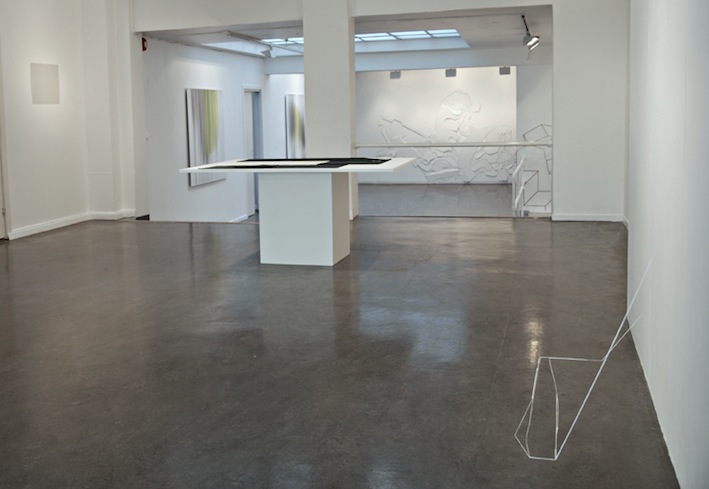 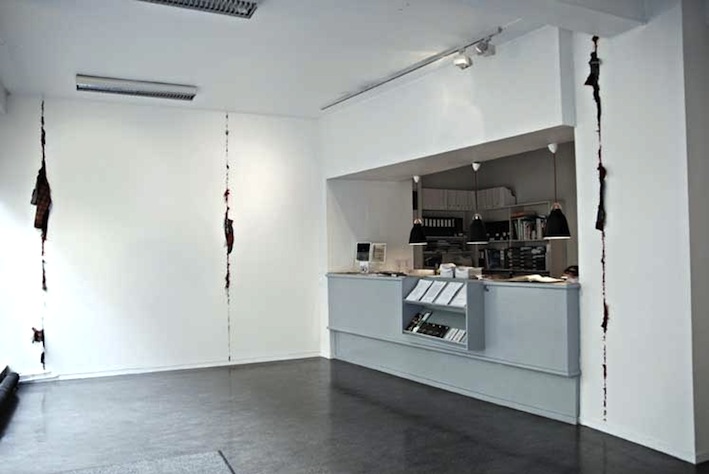 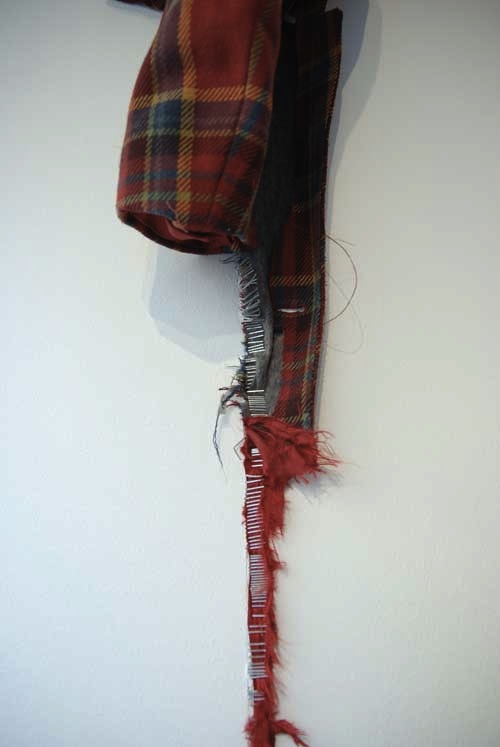 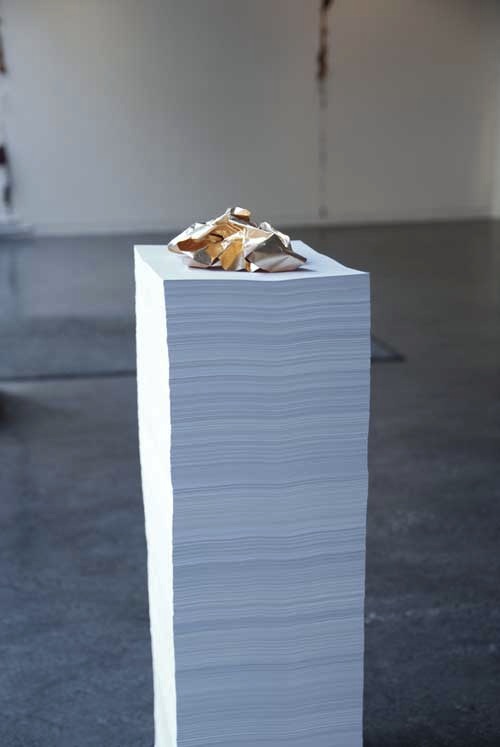 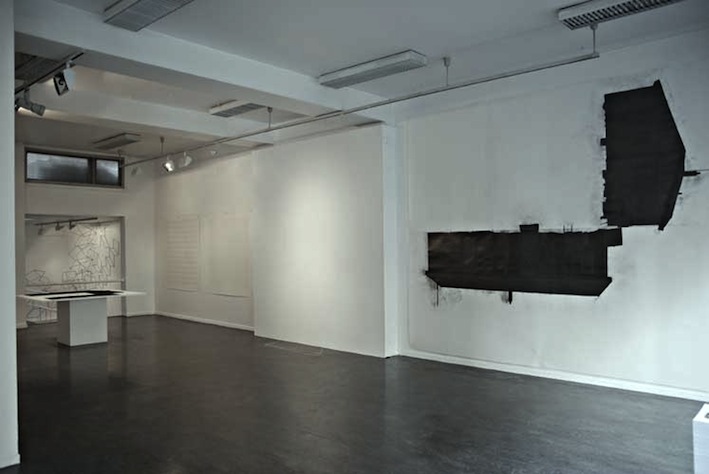 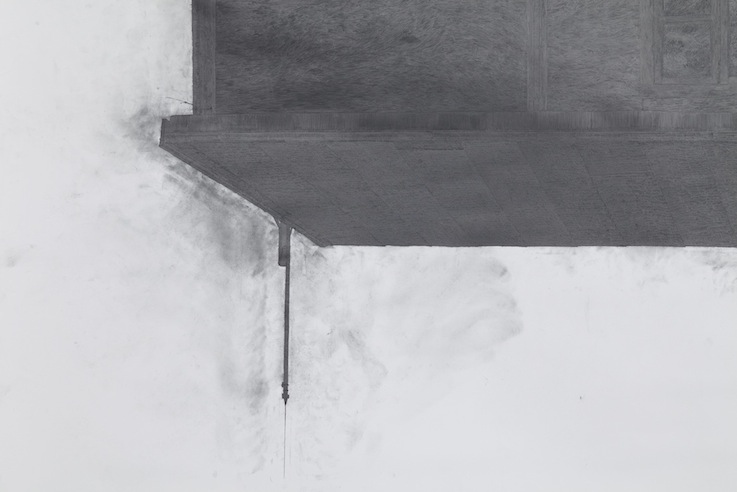 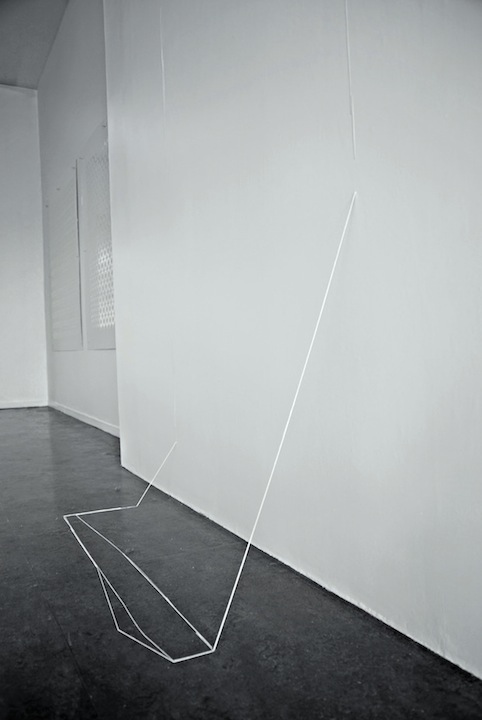 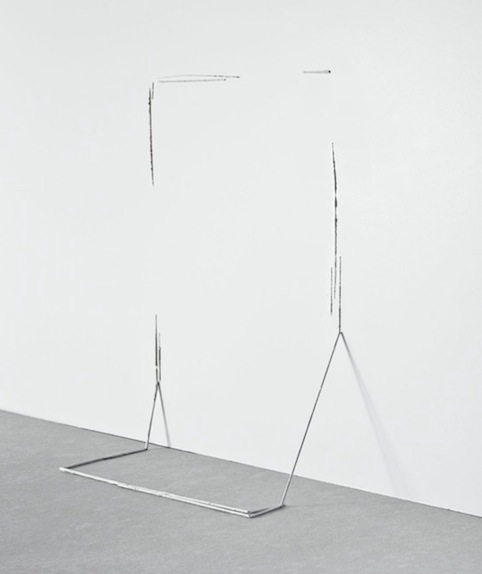 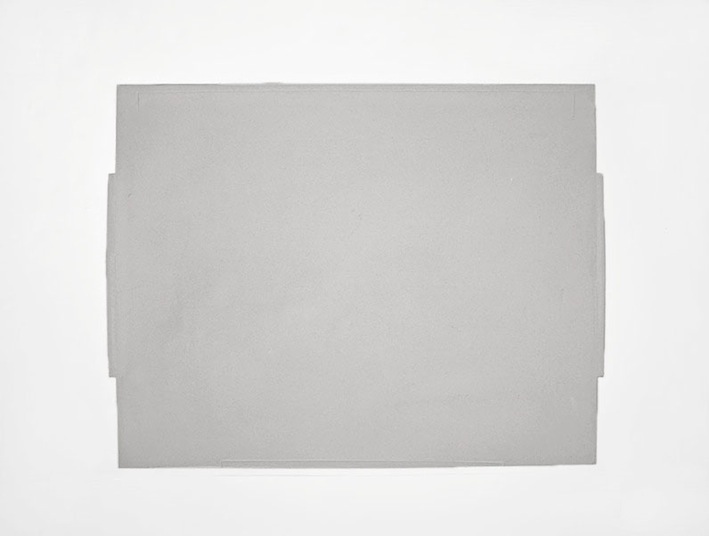 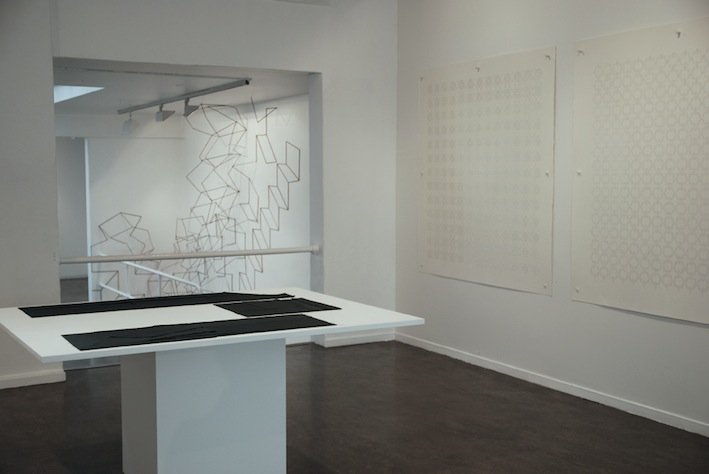 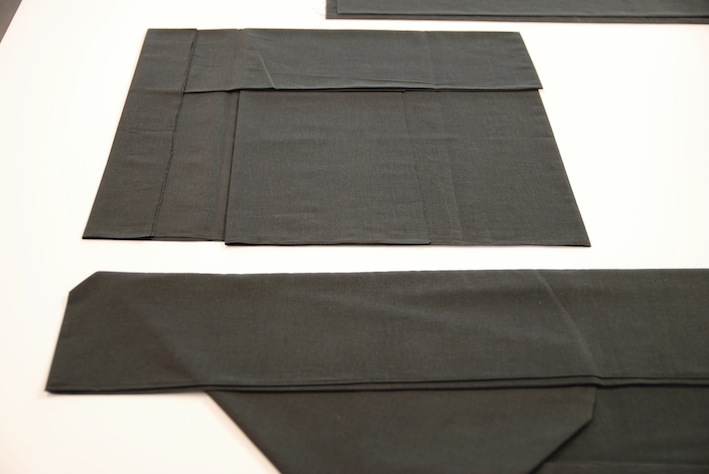 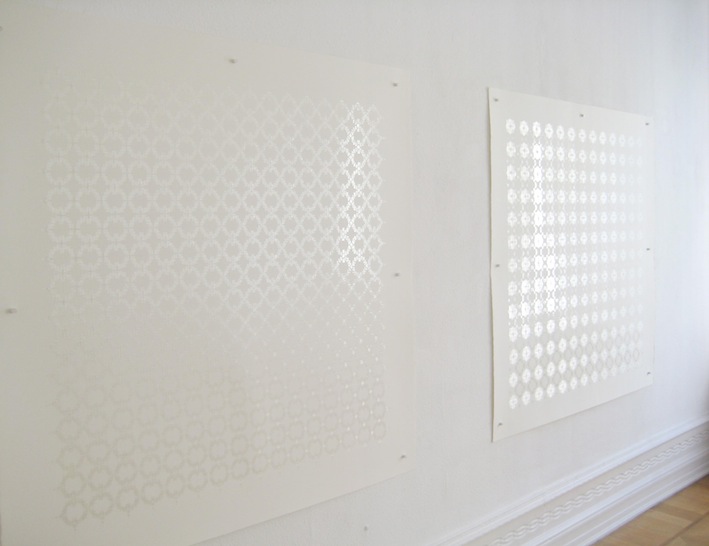 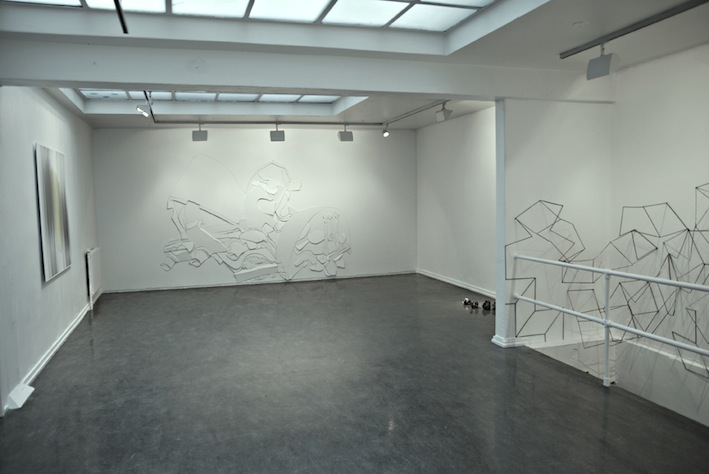 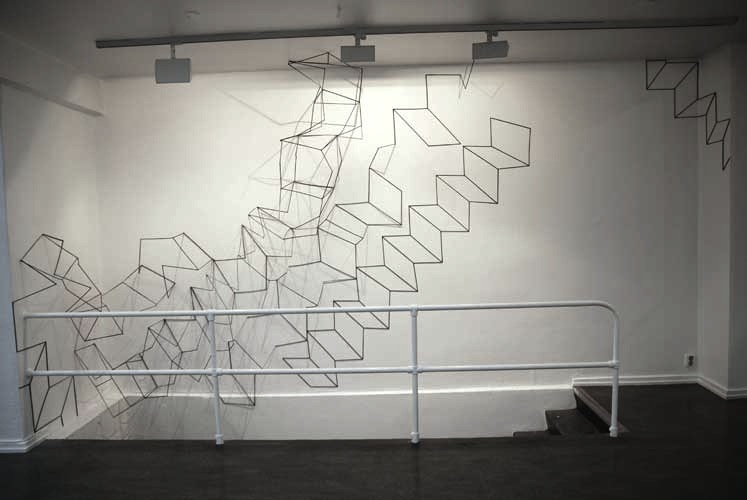 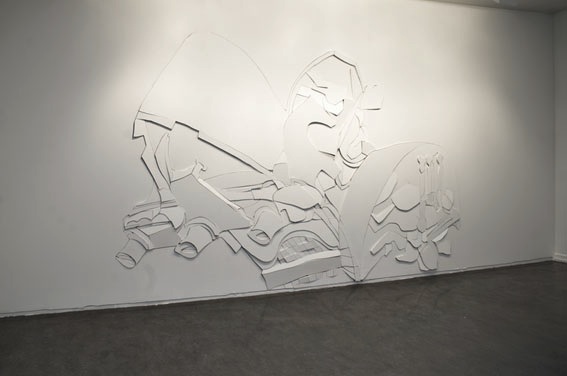 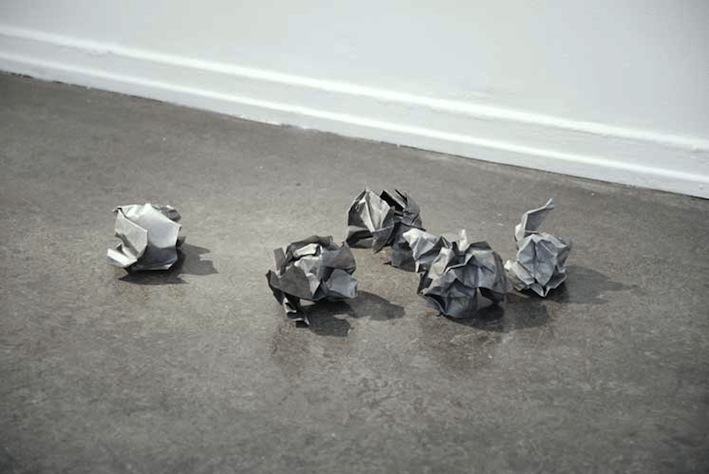 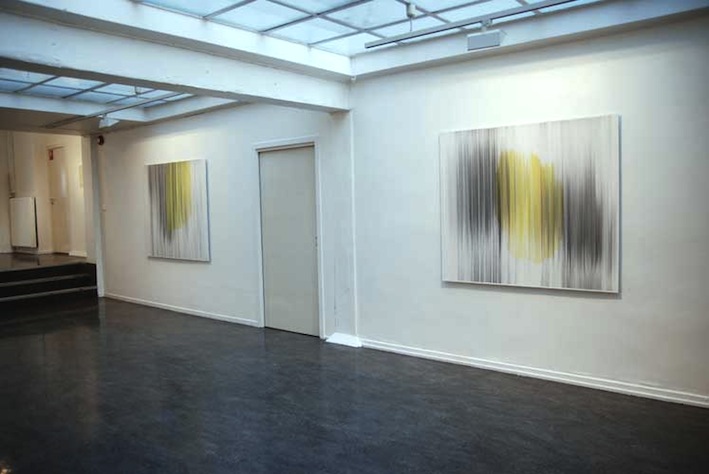 Janine Magelssen © 2019
This site employs Google Analytics for site traffic analysis, outside of that, we do not collect any data.OkNoOpt-out